WASHINGTON (The Hill) — President Trump on Wednesday said he does not want to see another government shutdown, the latest indication he may sign a spending agreement that includes just a fraction of the funds he demanded for a border wall.

Speaking to reporters at the White House, Trump blasted Democrats as “stingy” for not meeting his target for wall funding but said “we have options that most people don’t really understand” to circumvent Congress and build the barrier.

“I don’t want to see a shutdown. Shutdown would be a terrible thing,” Trump told reporters in the Oval Office during a meeting with Colombian President Iván Duque.

Trump and his advisers have dropped hints he may sign the bipartisan spending agreement ever since Capitol Hill negotiators announced it on Monday evening, a decision that would please leaders in both political parties.

Rep. Hakeem Jeffries (N.Y.), the No. 4 House Democrat, earlier Wednesday predicted “the overwhelming majority” of his fellow party members would vote for the legislation following a caucus meeting where leaders sought to rally support for the measure.

Lawmakers have yet to resolve disputes over related issues, such as an extension of the Violence Against Women Act and back pay for federal contractors, and the text remains incomplete with less than three days before the Feb. 15 funding deadline.

While the White House has indicated Trump will sign the measure, the president has stopped short of affirming he will do so. Trump on Wednesday said “we’ll be looking for landmines” when the legislative text arrives.

“We’ll take a very serious look at it,” he said.

The bipartisan agreement would provide $1.375 billion to build 55 miles of new barriers along the southern border, well short of Trump’s demand for $5.7 billion and less than what was included in a spending deal he rejected in December, which triggered a 35-day partial government shutdown that resulted in a massive hit to his approval ratings.

In exchange, Democrats dropped their demand for a hard cap on the number of immigrants that Immigration and Customs Enforcement (ICE) is allowed to detain at a given time. Lawmakers instead included funding for an average of 45,000 detention beds over the fiscal year.

Trump on Wednesday sought to allay concerns from some conservatives who say the package does not fulfill his campaign promise to build a wall separating the U.S. from Mexico.

The president said the measure actually includes almost $23 billion for the border, even though that figure includes money for all security measures, including technology and personnel, in addition to the wall.

Trump also repeated his claim that his wall is already being built, despite the fact that the vast majority of construction happening now at the U.S.-Mexico border is to repair or replace existing barriers.
“I appreciate all the work the Republicans have done because they’re really going against a radical left. It’s a radical left. And they’re going against it very hard,” he said.

Conservative media figures, whose criticism of the December deal helped prompt Trump to shut down parts of the government, have offered a mixed reaction to the latest agreement.

Right-wing pundit Ann Coulter attacked the deal on Twitter, writing, “we thought Trump was going to be different” in response to House Freedom Caucus Chairman Mark Meadows’ (R-N.C.) criticism of the compromise.

Others have given Trump some cover.

Fox News host Sean Hannity on Tuesday night called the measure “pathetic,” but added that he is “not as concerned as some other conservatives if the president signs the bill.”

Trump again on Wednesday floated the prospect of taking executive action to build the wall.

One proposal being floated by White House advisers is reprogramming certain federal funds, such as unused military-construction or disaster-relief dollars. That option would allow Trump to begin construction without taking the controversial step of declaring a national emergency while also skirting congressional approval.

“We have other things happening which people aren’t talking about. We’ve got a lot of funds for a lot of other things,” the president said Wednesday.

Trump, however, has not taken a national emergency declaration off the table.

Either move would almost certainly trigger a legal challenge that could stymie wall construction.

The House is expected to take up the funding bill on Thursday evening. If it passes, it would head to the Senate for another vote before it reaches the president’s desk. Roughly one-quarter of the government would shutter after midnight Friday if Trump does not sign the spending package.

The Hill’s Jordan Fabian contributed to the contents of this report. 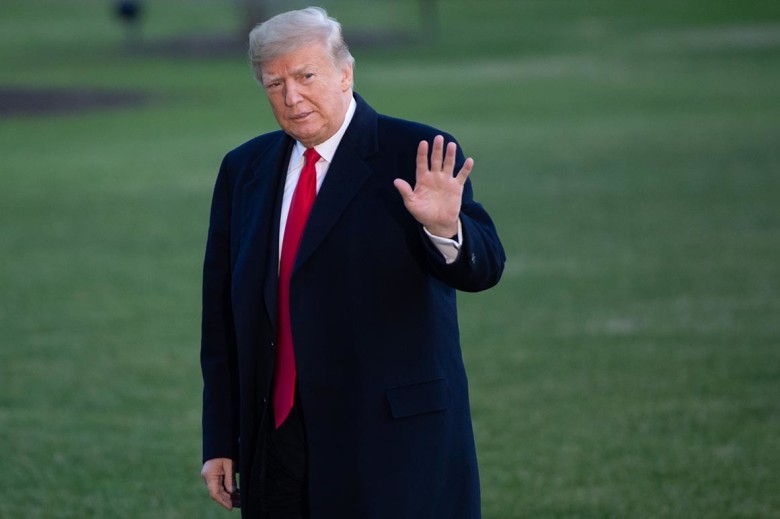