Stone, a longtime adviser and confidant of President Donald Trump, was arrested early Friday morning after a grand jury for the U.S. District Court for the District of Columbia indicted him on one count of obstruction of an official proceeding, one count of witness tampering and five counts of making false statements.

Looking somber, the usually outspoken Stone was uncharacteristically quiet throughout his appearance and spoke only when spoken to by the judge overseeing the hearing.

Released Friday on a $250,000 signature bond, Stone responded, “Yes, Your Honor,” as U.S. Magistrate Judge Deborah Robinson asked if he would agree to the conditions of his release.

Restricted to traveling only to his home in Florida, Stone was instructed to refrain from contacting any potential witnesses in the case and his passport has been seized.

Shortly after the hearing Stone was whisked away in a black SUV, but smiled and waved to supporters gathered outside the courthouse, many holding signs reading “Free Stone Jail Hillary” and “Free Stone Fire Mueller”.

During an appearance Sunday on ABC’s “This Week” Stone denied any wrongdoing and claimed the charges levied against him were politically motivated.

“All I did was take publicly available information and try to hype it to get it as much attention as possible, because I had a tip, the information was politically significant and that it would come in October,” Stone said of his promoting leaked DNC documents made available to the public by Wikileaks. “That’s what I engaged in. It’s called politics and they haven’t criminalized it, at least not yet.”

Under federal sentencing guidelines, Stone could face up to 24 to 30 months in prison if convicted.

Another status hearing in Stone’s case is scheduled for Friday, February 1. 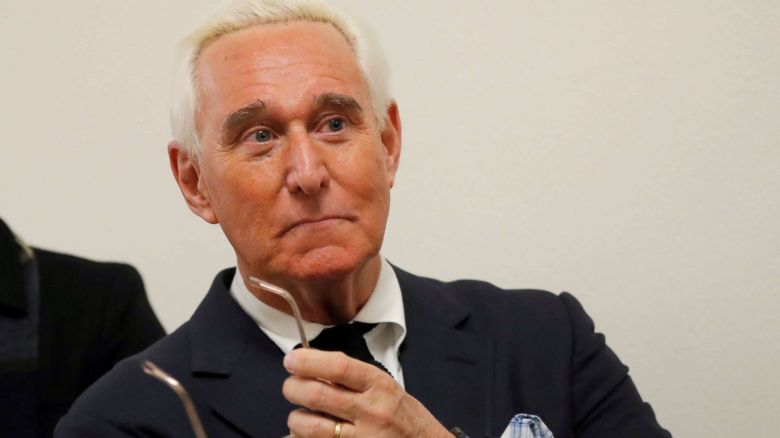