WASHINGTON — President Donald Trump will address the nation Tuesday evening regarding the ongoing government shutdown and the Democrat’s refusal to fund a border wall between the United States and Mexico, Trump tweeted Monday.

“I am pleased to inform you that I will Address the Nation on the Humanitarian and National Security crisis on our Southern Border,” the president wrote.

White House Press Secretary Sarah Huckabee-Sanders also announced Monday that the president will travel to the U.S.-Mexico border to “meet with those on the frontlines” in the ongoing battle to secure America’s southern border.

The announcement comes as a government shutdown orchestrated by Trump in response to Democrat’s refusal to fund a $5 billion border wall between the U.S. and Mexico enters its third week.

President Trump attempted to work with Democrats last week by offering the use of steel instead of concrete to fund the project after Democratic leaders slammed the use of concrete as “ineffective”.

They “don’t like concrete, so we’ll give them steel,” the president said, yet Democrats still refused to cooperate, calling the use of any type of wall to keep illegal aliens from entering the U.S “immoral”.

Trump has threatened to declare a national emergency in order to build the wall without congressional approval, if necessary, a move that Democrats claim would be illegal.

The televised address to the nation is scheduled to broadcast on Tuesday evening at 9 p.m. EST. 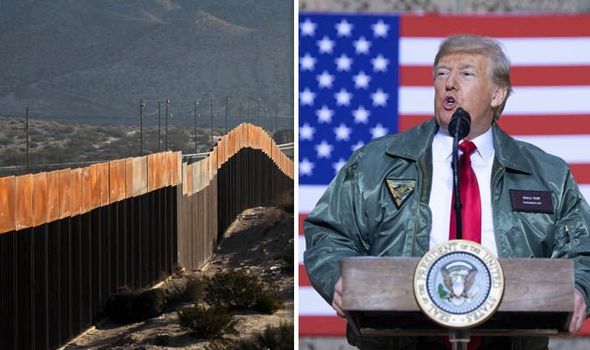