WASHINGTON — Iran on Monday hit back against the U.S. in the wake of newly reimposed sanctions ordered by President Donald Trump, with Iranian President Hassan Rouhani warning a that “war situation” now faces Tehran.

The sanctions, which were once lifted as the result of a 2015 nuclear deal with former U.S. President Barack Obama, were reinstated on Monday.

In televised air-defense drills, Iranian people can be seen cheering before the camera and chanting “death to America”.

Last week the U.S. Treasury Department imposed penalties on more than 700 Iranian and Iranian-linked individuals, entities, aircraft and vessels as part of the new sanctions. Among them are 50 Iranian banks and subsidiaries, more than 200 high ranking individuals and shipping vessels, Iran Air, the nation’s state-run airline, and more than 65 of its planes.

The new sanctions also targeted Iran’s oil industry, which serves as a crucial source of hard currency. In a statement on Monday, U.S. Secretary of State Mike Pompeo told reporters that the sanctions have already cost Iran the sale of over 1 million barrels of crude oil per day.

“Our objective is to starve the Iranian regime of the revenue it uses to fund violent and destabilizing activities throughout the Middle East and, indeed, around the world,” Pompeo said. “The Iranian regime has a choice: It can either do a 180-degree turn from its outlawed course of action and act like a normal country, or it can see its economy crumble.”

President Trump, who campaigned on a promise of voiding the Obama nuclear deal, says he wants Iran to radically change its policies, including halting its support for radical militant groups and its development of long-range ballistic missiles.

Rouhani, who remains defiant in the wake of the sanctions, vowed that Iran would still continue to sell its oil on the international market.

“We are in an economic war situation. We are standing up to a bullying enemy,” Rouhani told government officials in televised remarks, referencing Iran’s previous war with Iraqi dictator Saddam Hussein. “Yesterday, Saddam was in front us; today Trump is front of us. There is no difference. We must resist and win.” 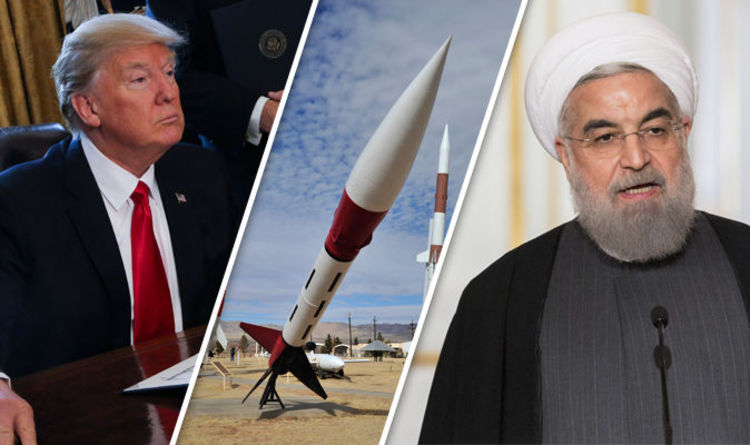