ATLANTA — CNN’s Don Lemmon is refusing to back down from controversial comments he made this week during an interview with Chris Cuomo in which he claimed that white men are a threat to America.

The comments were made Monday as the two were discussing a mass shooting in Pittsburgh and the recent murder of two black men in Kentucky.

“There is no travel ban on them,” Lemon said during the exchange. “There is no ban on — you know, they had the Muslim ban. There is no ‘white guy ban.’ So what do we do about that?”

Lemmon then went on to claim that “white men, most of them radicalized to the right” were responsible for more deaths than Islamist extremists.

The outspoken anchor has drawn tremendous backlash over the past several days with many calling for him to be fired over the “racist” comments, but responding to his critics, Lemmon refused to back down.

“Earlier this week, I made some comments about that in a conversation with Chris [Cuomo],” Lemon said during his Wednesday show. “I said that the biggest terror threat in this country comes from radicals on the far right, primarily white men. That angered some people. But let’s put emotion aside and look at the cold hard facts. The evidence is overwhelming.”

He then cited a recent report from the Government Accountability Office which states that, since the September 11 attacks in 2001, violent extremists have killed 106 people in 62 attacks across nationwide, while radical Islamist extremists are shown to have killed 119 people in 23 attacks.

“So people who were angered about what I said are missing the entire point,” Lemon said. “We don’t need to worry about people who are thousands of miles away. The biggest threats are homegrown. The facts prove that.”

But Lemmon’s attempts to justify his comments did little to calm the outrage expressed by thousands on social media.

“CNN’s Don Lemon has now removed all doubt that he is a racist, hypocrite and idiot all rolled into one,” Fox News’ Gregg Jarrett, tweeted. “Quite the accomplishment.”

Both Don Lemmon and CNN responded with “no comment” when contacted for statement on the controversy. 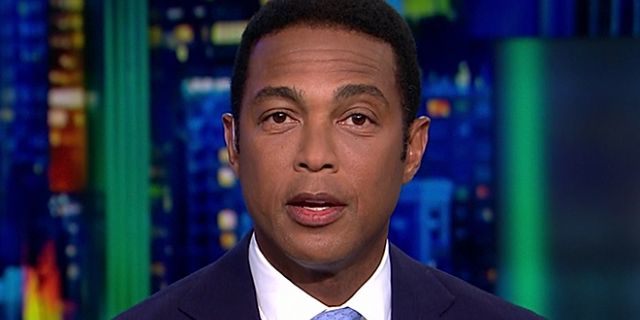