WASHINGTON — Three Republican Senators who have still not committed to a vote to confirm embattled nominee Brett Kavanaugh to the U.S. Supreme Court came out swinging Wednesday against comments made by President Donald Trump in which he criticized Kavanaugh’s accuser, Christine Blasey-Ford.

During a Mississippi rally on Tuesday night, Trump mocked Ford, who has accused the president’s nominee of sexual assault, citing the professor’s inability to remember key facts to support her claims.

“The President’s comments were just plain wrong,” Maine Sen. Susan Collins told reporters before heading into a hearing of the Senate aging committee, which she chairs.

Alaska Sen. Lisa Murkowski echoed Collins’ comments as she spoke to reporters Wednesday before walking out to the Senate floor.

“I thought the President’s comments yesterday mocking Dr. Ford were wholly inappropriate and in my view unacceptable,” Murkowski said.

Arizona Senator Jeff Flake, who through the Kavanaugh confirmation hearing into an uproar last week after asking for an FBI investigation into Ford’s allegations called the president’s comments “appalling” after being swarmed by the press.

Although Flake at first refused to say whether the president’s comments would sway the outcome of his vote, he later said that Trump’s remarks would have no bearing on his decision either way. 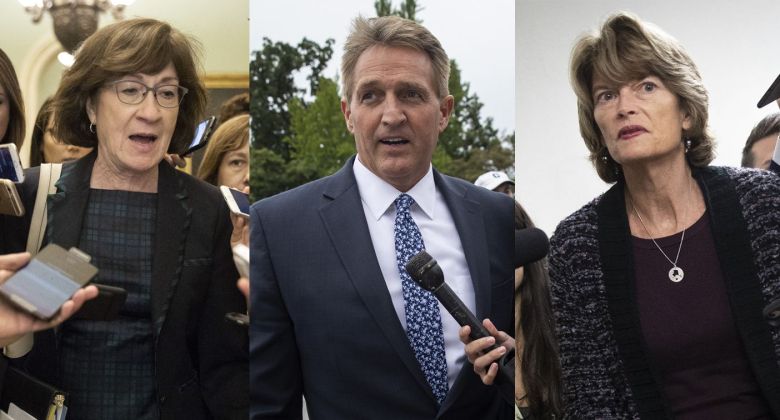