WASHINGTON, D.C. (Fox News) — Democratic Rep. Maxine Waters escalated her rhetorical assault on President Trump over the weekend – vowing to “get him” and repeating the word “impeachment” over and over.

Waters, who took heat earlier this year for urging her supporters to confront Trump administration officials in public, told a group gathered in Los Angeles that some Democratic leaders have asked her to stop talking about impeaching Trump.

“There’s a difference in how some of our leadership talk about how we should handle all of this,” Water said. “They say, ‘Maxine, please don’t say impeachment anymore.’”

In video posted by The American Mirror, Waters said she wakes up in the middle of the night and “all I can think about is I’m going to get him,” in reference to Trump.

The California congresswoman, who was accepting an award from the Stonewall Young Democrats on Saturday, has been one of the most outspoken congressional Democrats calling for impeachment. While many in party leadership have shied away from those demands, Waters and her allies are emboldened by the prospect of Democrats retaking the House in the midterms and, potentially, using a majority to launch impeachment proceedings.

In June, Waters made controversial comments amid the backlash over the White House’s “zero-tolerance” immigration policy leading to family separations at the border.

“If you see anybody from that Cabinet in a restaurant, in a department store, at a gasoline station, you get out and you create a crowd and you push back on them and you tell them they’re not welcome anymore, anywhere,” Waters said.

The lawmaker later claimed that she wasn’t calling for protesters to actually “harm” Cabinet members.

On Saturday, Waters once again brought up the remarks from earlier in the summer and said she did not threaten Trump supporters — but seemed to joke that she’s done that before.

“It frightened a lot of people, and of course the lying president said that I had threatened all of his constituents,” Waters said. “I did not threaten his constituents, his supporters. I do that all the time, but I didn’t do it that time.”

Andrew O’Reilly of Fox News contributed to this report. 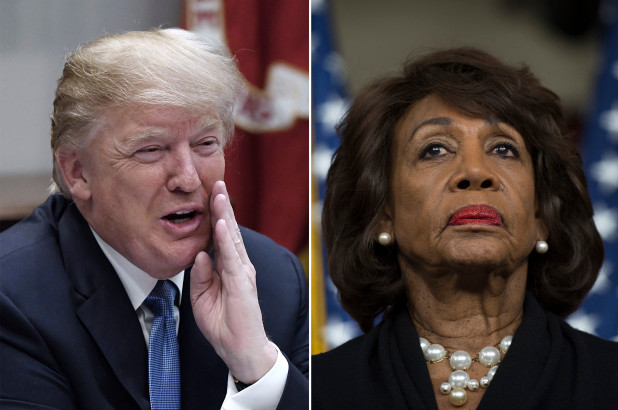