WASHINGTON, D.C. — President Donald Trump on Monday unleashed his rage against Omarosa Manigault, a former White House political aid who recently launched a slew of accusations against Trump and his staff.

“Wacky Omarosa, who got fired 3 times on the Apprentice, now got fired for the last time,” he wrote on Twitter. “She never made it, never will. She begged me for a job, tears in her eyes, I said Ok. People in the White House hated her. She was vicious, but not smart.”

“I would rarely see her but heard really bad things,” the president wrote in a follow-up tweet. “Nasty to people & would constantly miss meetings & work. When Gen. Kelly came on board he told me she was a loser & nothing but problems. I told him to try working it out, if possible, because she only said GREAT things about me – until she got fired!”

“While I know it’s “not presidential” to take on a lowlife like Omarosa, and while I would rather not be doing so, this is a modern day form of communication and I know the Fake News Media will be working overtime to make even Wacky Omarosa look legitimate as possible,” Trump continued. “Sorry!”

The president’s attack follows Manigault’s recent press releases while promoting a new book about her time at the White House, “Unhinged: An Insider Account of the Trump White House” in which she claims to have secretly recorded the president and high ranking members of his staff. In a series of interviews, the former reality TV star claims that she has heard other recordings of the president, recorded without his knowledge, in which he refers to African-Americans in derogatory terms. She also claims that she once witnessed the president chew and swallow a piece of paper passed to him by his attorney at the time, Michael Cohen, that contained sensitive information.

In response to Manigault’s claims, a number of high profile people mentioned in her book have come forward to not only deny her allegations but refute them.

“I’m in @Omarosa’s book on page 149,” political pollster Frank Lutz wrote on Twitter. “She claims to have heard from someone who heard from me that I heard Trump use the N-word. Not only is this flat-out false (I’ve never heard such a thing), but Omarosa didn’t even make an effort to call or email me to verify. Very shoddy work.”

“LTo the many dozens of #journalists who called me, questioning @OMAROSA claim in her new book that @POTUS @realDonaldTrump took a note from me, put it in his mouth and ate it,” Cohen wrote. “I saw NO such thing and am shocked anyone would take this seriously.”

In a recently released recording, Manigault can be heard talking to White House Chief of Staff John Kelly as he tells her that her services were being terminated due to “serious ethical violations”.

Manigault was reportedly so angered by the termination that she had to be escorted off White House property White House security, a claim that she continues to deny. 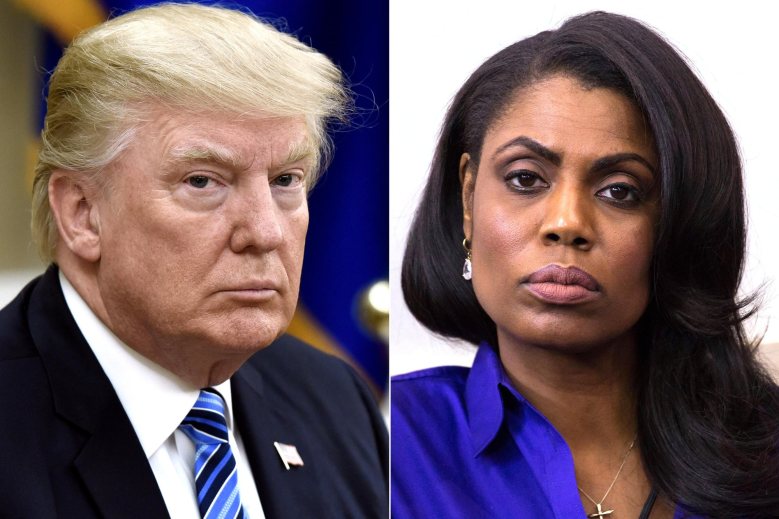