Citing “unspecified” claims of “hate speech,” social media giants Facebook, YouTube and Apple removed Jones’ accounts from their platforms and notified the talk show host that he has been permanently banned.

In a blog post, Facebook announced that pages belonging to Jones have continued to post content that went against its “community standards” and that the Alex Jones Channel Page, the Alex Jones Page, the Infowars Page and the Infowars Nightly News Page, each of which had millions of followers, have all been unpublished.

“As a result of reports we received, last week, we removed four videos on four Facebook Pages for violating our hate speech and bullying policies,” the statement reads in part. “These pages were the Alex Jones Channel Page, the Alex Jones Page, the InfoWars Page and the Infowars Nightly News Page. In addition, one of the admins of these Pages – Alex Jones – was placed in a 30-day block for his role in posting violating content to these Pages.”

“Since then, more content from the same Pages has been reported to us — upon review, we have taken it down for glorifying violence, which violates our graphic violence policy, and using dehumanizing language to describe people who are transgender, Muslims and immigrants, which violates our hate speech policies,” the statement continues. “All four Pages have been unpublished for repeated violations of Community Standards and accumulating too many strikes. While much of the discussion around Infowars has been related to false news, which is a serious issue that we are working to address by demoting links marked wrong by fact checkers and suggesting additional content, none of the violations that spurred today’s removals were related to this.”

YouTube, the other platform on which Jones had 2.4 million subscribers, followed Facebook’s lead on Monday, also choosing to terminate Jones’ main account.

“All users agree to comply with our Terms of Service and Community Guidelines when they sign up to use YouTube,” a YouTube spokesperson said in a statement. “When users violate these policies repeatedly, like our policies against hate speech and harassment or our terms prohibiting circumvention of our enforcement measures, we terminate their accounts.”

Both Apple and Spotify, on which Jones also had a sizeable number of subscribers, have since removed Jones’ podcasts from their respective platforms.

The outspoken Jones, who faced an enormous deal of backlash after questioning the official story surrounding the events at Sandy Hook, took to Twitter to verify the news.

“We’ve been banned completely on Facebook, Apple, & Spotify,” Jones tweeted. “What conservative news outlet will be next?” 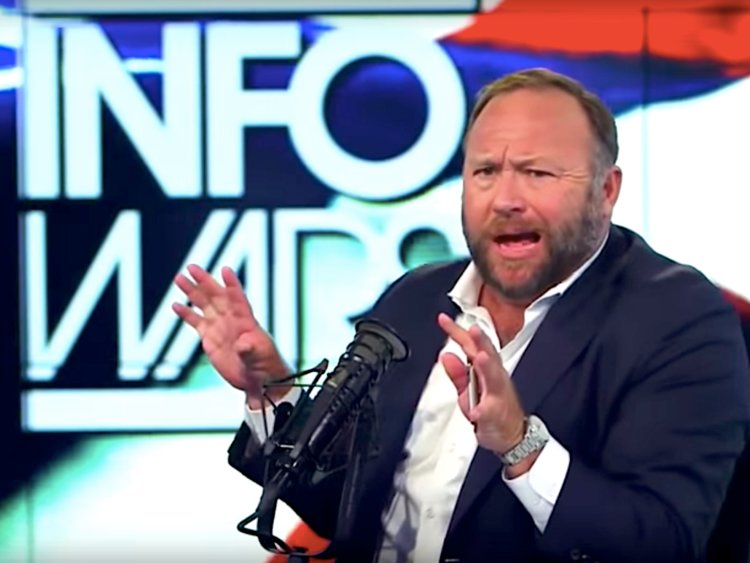