New York, N.Y. (Medical Daily) — More than a third of Americans may unknowingly use prescription medications that include depression as a potential side effect. The use of multiple medications simultaneously is also on the rise.

The study titled “Prevalence of Prescription Medications With Depression as a Potential Adverse Effect Among Adults in the United States” was published in the Journal of the American Medical Association on June 12.

The study looked at 26,192 adults, analyzing their medication use patterns from 2005 to 2014. It was found that more than 200 commonly used prescription drugs list depression or suicide as potential side effects.

Those who simultaneously used multiple medications (known as polypharmacy) were more likely to report depression, according to co-author Mark Olfson.

“We’re just showing that if you’re already taking them, you are more likely to be depressed,” Olfson said, emphasizing that the study did not imply causation.

Clinical diagnoses of depression have risen by 33 percent since 2013, according to data released by the Blue Cross Blue Shield Association (BCBSA). A recent report by the Centers for Disease Control and Prevention also noted a rise in suicide rates across the U.S. While mental health was a factor, the CDC also expressed concern about the access to lethal means.

“With depression as one of the leading causes of disability and increasing national suicide rates, we need to think innovatively about depression as a public health issue,” stated lead author Dima Qato, an assistant professor at the University of Illinois, Chicago.

According to Qato, what people could take away from the study was that polypharmacy may lead to depressive symptoms. Both patients and healthcare providers should be aware of the risk, she said. When screening for depression, physicians may consider evaluating medications, she said.

Donald Mordecai, a psychiatrist with Kaiser Permanente in California, encouraged people to pay more attention to the risks and benefits of their drugs and also keep track of changes since starting medications.

“People who don’t have a history of depression and then, suddenly, start to have symptoms of depression should be concerned that it’s potentially due to a side effect, or potentially, an interaction,” he said.

By speaking to a doctor about concerning changes, medications can potentially be switched or reduced with the help of lifestyle changes.

If you or someone you know is experiencing suicidal thoughts, contact the National Suicide Prevention Lifeline at 1-800-273-8255 or the Crisis Text Line by texting 741741.​ The line is available for free, 24 hours​ a day. 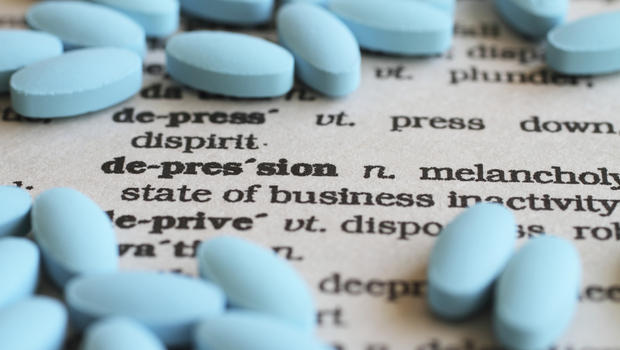