New York, N.Y. (The Hill) — A man lashed out at customers and employees at a New York restaurant on Wednesday for speaking Spanish, threatening to call Immigration and Customs Enforcement (ICE).

Video posted to Facebook captured the incident at a Fresh Kitchen in Manhattan.

Edward Suazo, who posted the video, wrote that the man started calling his wife and her best friend names after they began speaking Spanish with an employee at the restaurant.
“Your staff is speaking Spanish to customers when they should be speaking English,” the man says, pointing toward an employee.

“My guess is they’re not documented, so my next call is to ICE to have each one of them kicked out of my country,” he continued. “If they have the balls to come here and live off of my money — I pay for their welfare, I pay for their ability to be here — the least they can do is speak English.”

The video shows a woman attempting to confront the man before he leaves, to which he turned around and said: “Honey, I’m calling ICE.”

The man then stormed out.

According to CNN, the man is a lawyer in midtown New York City. The law firm did not return CNN’s request for comment. 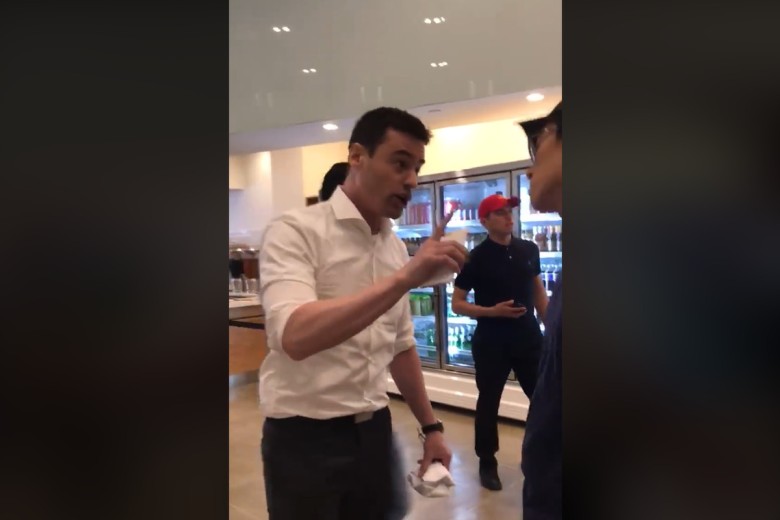