Jerusalem (The Telegraph) — Israel and Iran lurched closer to an all out war on Thursday after the Israeli military struck “almost all” of Iran’s bases in Syria in response to what it said was a Iranian rocket barrage fired at the Golan Heights.

The exchange of fire was the most direct confrontation between the two Middle East rivals after years of standoff in Syria and came just one day after Donald Trump pulled the US out of the Iran nuclear agreement and reimposed sanctions on Iran.

Israeli carried out its largest wave of airstrikes in Syria since the 1973 war, striking around 50 Iranian military bases, supply depots, and intelligence sites as well as Syrian regime air defence batteries, the Israeli military said.

“We, of course, struck almost all the Iranian infrastructure in Syria, and they need to remember this arrogance of theirs,” said Avigdor Lieberman, the Israeli defence minister. “If we get rain, they’ll get a flood.”

The wave of strikes was in response to a barrage of 20 rockets which Israel said were fired by Iran’s Revolutionary Guard towards the Golan, a mountainous region that Israel annexed from Syria after capturing it in 1967.

There were no casualties on the Israeli side. The Israeli military said its Iron Dome missile defence system had intercepted four of the rockets at around 12.10am on Thursday, while the other 16 fell harmlessly inside of Syrian territory.

At least 23 people were killed by the Israeli strikes, according to the Syrian Observatory for Human Rights. It was not clear how many of the dead were Iranians. Iran has neither confirmed nor denied that it was responsible for the rocket barrage.

Israel has said repeatedly it will not allow Iran to build up a permanent military presence in Syria and is prepared to go to war to stop it. “Whoever hurts us, we will hurt him sevenfold. Whoever tries to hurt us, we will act to hurt him beforehand,” said Benjamin Netanyahu, the Israeli prime minister.

Tensions between the two sides have risen sharply since April 9, when a suspected Israeli strike on the T4 airbase in central Syria killed at least seven Iranians. Iran vowed revenge for the bombing and Israel has been warning for weeks that it was expecting an Iranian attack.

In February, Iran allegedly launched an armed drone from Syria into Israel. Israel shot down the drone and carried out a wave of airstrikes in response. One Israeli F-16 was shot down by Syrian air defence systems during the attack, the first time Israel has lost a warplane in combat since 1982.

Britain and the US were quick to issue messages of support for Israel and condemning Iran. “The United Kingdom condemns in the strongest terms the Iranian rocket attacks against Israeli forces. We strongly support Israel’s right to defend itself,” said Boris Johnson, the foreign secretary.

Both the UK and US called on Russia to do more to rein in Iran’s presence in Syria and avoid a further escalation. Angela Merkel, the German chancellor, also condemned the attack in phone call with Hassan Rouhani, the Iranian president.

The Israeli attacks are likely to strain the relationship between Iran and Russia, who are fighting on the same side in Syria on behalf of the Assad regime.

Israel warned Russia of its intention to launch strikes ahead of time but Russian forces in Syria appear to have done nothing to shield their Iranian allies. Hours before the Israeli attack, Vladimir Putin hosted Mr. Netanyahu as an honoured guest at a military parade in Moscow.

While Israel has scored tactical military victories over Iran in Syria, it has struggled with a broader diplomatic campaign to convince world powers to clamp down on Iran in Syria. Mr. Netanyahu travels regularly to Moscow to make this point but his diplomatic efforts have so far yielded few visible results.

Bahrain also voiced support for Israel’s strikes, in an unusual example of an Arab state publicly applauding Israel for dropping bombs on the territory of a fellow Arab state. Bahrain, Saudi Arabia and other Gulf nations share many of Israel’s fears about Iran.

Israel said the rockets were fired by the Quds Force, the expeditionary wing of Iran’s Revolutionary Guard, and accused its leader, General Qassem Soleimani, of personally ordering the attack.

“It was ordered and commanded by Qassem Soleimani and it has not achieved its purpose,” said Lt Col Jonathan Conricus, a spokesman for the Israeli Defence Forces.

By Thursday afternoon quiet had returned to the Golan Heights and tourists mingled with UN Observers on Mount Bental, a mountain affording sweeping views into Syria.

Nathan Gabah, a 24-year-old businessman relaxing in the late afternoon sun at the beauty spot, said he heard explosions on Thursday morning from his home city of Safed, around 30 miles from the site of the alleged Iranian barrage.

“There was a vroom and a bang, like a bomb,” he said, describing the firing of an Iron Dome anti-missile battery near by.

“I’m not worried at all. Then again I have a friend who is really scared. It varies from person to person,” he shrugged. “It doesn’t feel like we’ve suddenly gone to war.” 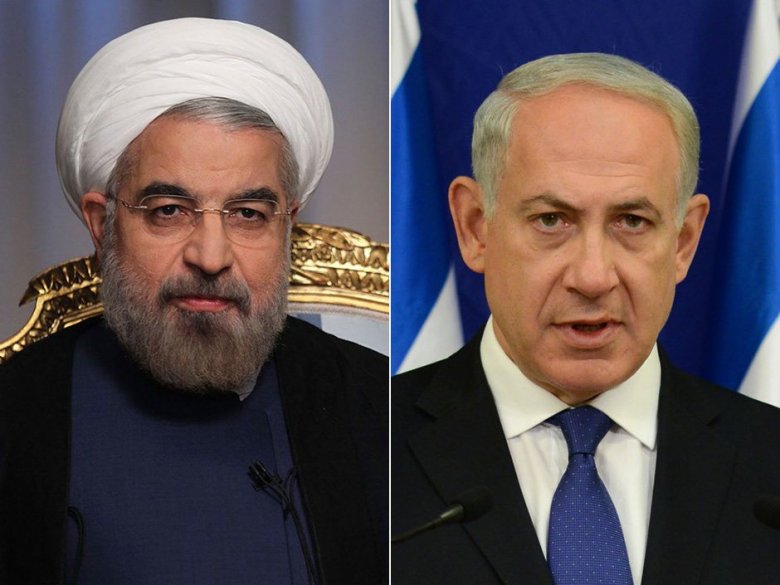