Schaaf, who last month warned thousands of illegal immigrants in her city of a pending ICE raid, has openly defied federal orders to comply with immigration officials.

“Oakland police officers are prohibited from participating in ICE activities,” Schaaf stated in a press release issued on February 24, adding that she wanted city residents “to prepare, not panic.”

Despite facing immense backlash, Schaff doubled down on her stance Tuesday, saying Oakland would “continue to inform all residents about their constitutional rights.”

In response, the president said Thursday its time to make an example of public officials who “harbor dangerous criminals” by standing in the way of arrests and deportations and called Schaaf’s actions “a disgrace”.

“Many of them, they say 85 percent of them, were criminals and had criminal records,’ the president said. “This was long in the planning, and she said, “Get out of here.” And she’s telling that to criminals. And it’s certainly something that we’re looking at, with respect to her individually.”

Trump also said the U.S. government may cut off funding to states who refuse to comply with federal immigration enforcement.

“I do think we should have legislation where we put an extra line in the money that we give them. You want the money? You can’t have the sanctuary cities,” said Trump. “That way we avoid the court battles all the time – which we probably will win, but who needs it?”

The president’s comments come just one day after Attorney General Jeff Sessions filed suit against the state of California over its sanctuary city policies.

“Her actions support those who flout the law and boldly validate illegality,” Sessions said of the Oakland mayor. “There’s no other way to interpret those remarks.”

“Here’s my message to Mayor Schaaf,” Sessions continued. “How dare you? How dare you needlessly endanger the lives of law enforcement officers to promote your radical open borders agenda?”

“Immigration law is the province of the federal government. It’s in the Constitution,” Sessions told the California Peace Officers Association.

“I don’t want to be in this position of having to challenge these laws,” he added. “It wasn’t something I chose to do, but I can’t sit by idly while the lawful authorities of federal officers are being blocked by legislative actions and politicians.” 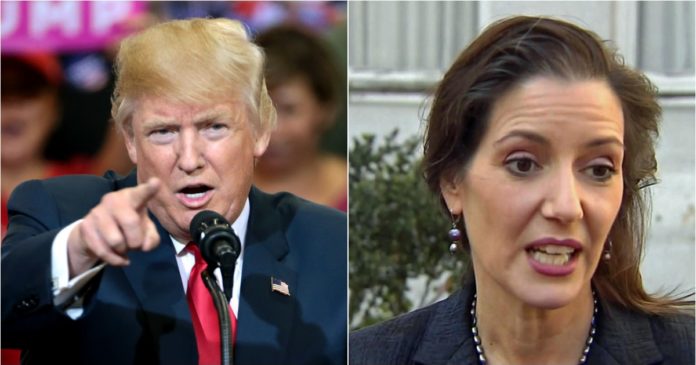