WICHITA, Kan. — The FBI has teamed up with local law enforcement officials to search for missing 5-year-old Lucas Hernandez.

Hernandez reportedly disappeared from his home on Saturday. The boy’s step-mother says she last saw him playing in his room at around 3:00 pm before lying down in her room to take a nap. She claims when she awoke at around 6:15, the boy was gone.

“He’s a bright little boy. He loves school. He loves his dad, his stepmom and his siblings. We just want him home safe, and if you have any information, anything about Lucas, please bring him home safely,” a relative of the boy told KSN (https://tinyurl.com/y9s53cak).

Police say there is no evidence to suggest that Lucas was abducted, so no Amber Alert has been issued.

Officer Charley Davidson of the Wichita Police Department said information sent to them through a tip line led investigators to search a nearby park, but there was no sign of the boy.

The Kansas Department for Children and Families, who had previously visited the family’s home last spring after a report that the child may be in danger (https://tinyurl.com/y8ukeog7) released the following statement in regard to the child’s disappearance:

“We share the public’s concern regarding Lucas Hernandez. In the event the agency has information, we will share it with law enforcement, assisting them as requested. The Kansas Department for Children and Families (DCF) is legally prohibited from publicly discussing its possible history with this family. We urge anyone with any information on this child’s whereabouts to contact law enforcement right away.”

Lucas’s biological mother, who lost custody of the boy when he was just 6 months old, spoke to the media in a plea to find her son.

“Find my son. He’s terrified of water so the fact that the search has moved to a park that’s surrounded by water, terrifies me. Lucas is a sweet boy; please find my son.”

The boy’s father is also calling for the public’s help in finding Lucas.

“Lucas is the sweetest, kindest, smartest most gentle little boy,” his father told KSN. “He loves school, fishing, riding his bicycle and playing with his siblings. It makes me so proud to say I’m his father and that we love him very much. He’s a wonderful, helpful big brother. He’s never been the type to run off without asking permission to do so first. He’s must be terrified being away from his family with no way of finding us. Please, if anyone in the public has information on the whereabouts of Lucas, please contact the proper authorities. We are pleading for his safe and prompt return home! We will not stop searching for him until he is found! I’d like to thank law enforcement, the public, prayer groups, friends, family, and anyone keeping an extra diligent eye out for my son, Lucas. We are all hoping and praying. We love you Bubba”

Local police in conjunction with state FBI officials have set up a command center dedicated to locating the boy.

“We are going to be there as long as it takes,” Officer Davidson said. “Right now, our concern is to find Lucas.”

Lucas has brown hair and brown eyes, weighs approximately 60 pounds and stands four feet tall. He was last known to be wearing black sweats, white socks and a gray shirt with a bear on it.

No arrests have been made in connection with the boy’s disappearance and thus far no one has been officially named a suspect.

Anyone with details regarding the boy’s disappearance or with information on Lucas’s whereabouts is urged to call the Wichita Police Department at (316) 383-4661 or dial 911. 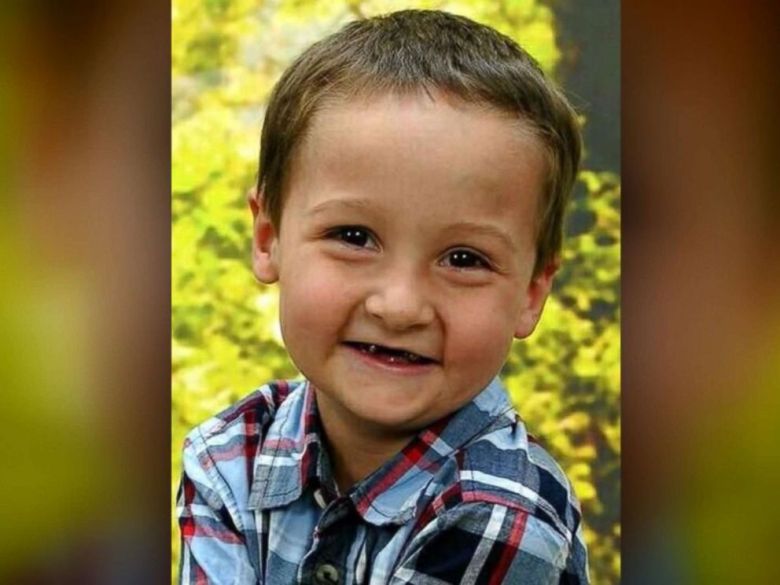