WASHINGTON, D.C. — Bill Clinton’s days of being the golden boy of the Democratic party are long gone, particularly in light of the recent #MeToo movement, say party insiders.

According to party leaders, Democrats are going to avoid Bill Clinton during the 2018 midterm election like the plague.

“I think it’s pretty tough,” Rep. Pramila Jayapal (D-Wash.), vice chair of the House Progressive Caucus and one of the leading voices in Congress demanding changes in Washington’s approach to sexual harassment told Politico (https://tinyurl.com/ya9nxlae). Clinton’s presence “just brings up a lot of issues that will be very tough for Democrats. And I think we all have to be clear about what the #MeToo movement was.”

“I value the assets of what the Clintons can bring. He did a lot for Georgia when he was president,” said Porter. “He carried Georgia. The personal side that is now being highlighted, we’ll have to measure.”

When asked on Wednesday whether or not Clinton would be tapped by the DNC to campaign on their behalf, Democratic Congressional Campaign Committee Chairman Ben Ray Luján let his silence do the talking.

“As we travel around the country … different candidates are going to be making requests for different surrogates,” he responded, refusing to answer the question point blank.

Privately, says Politico, Democratic leaders are much more blunt, making it clear that their party and their candidates want nothing to do with the former president.

“Bill Clinton is toxic. He’s campaign poison and his wife is no better,” said one DNC official who agreed to speak with me off the record. “Between his philandering and her scandals, the last thing any candidate wants at this point is to be affiliated with a Clinton. The sooner they fade into distant history, the better.” 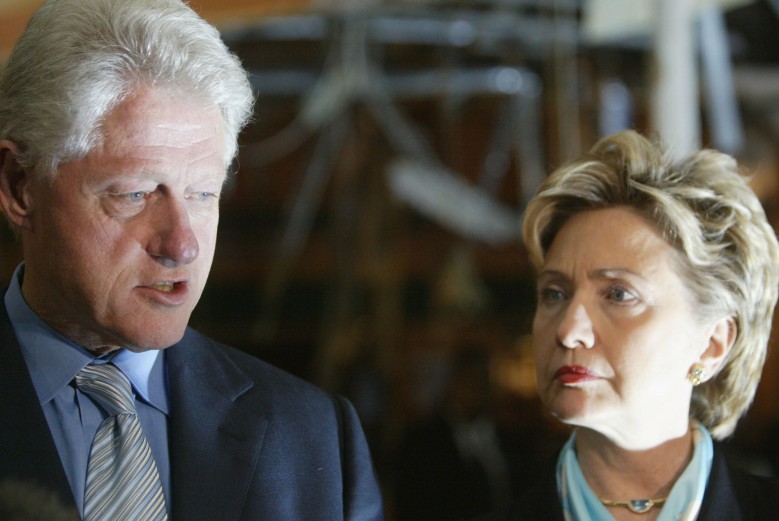