Asked about the Comey controversy during an appearance Wednesday night on Fox News’ “Hannity” (https://tinyurl.com/yckpyxo5), the former judge said the time to bring the former FBI director to justice is long overdue.

“Comey needs to be the target of an active criminal investigation,” said Pirro. “I’ve said that a million times. Comey lied to the American people. Comey should’ve been fired the day after he decided that he was ‘the Attorney General.’”

Turning her thoughts toward former Democratic presidential candidate Hillary Clinton, Pirro said that she, too, should be the subject of a criminal investigation.

“If the statute of limitations hasn’t passed, go for it — or how about you start looking into the Clinton Foundation?” she said.

Pirro went on to say that she believes we’ll soon see “indictments” resulting from misconduct by the FBI.

“President Obama lied to us when he said ‘I’m not involved in anything'” relating to an investigation,” she said, warning the former Obama administration that the public is beginning to put the “pieces of the puzzle” together.

“We’re on the brink of indictments coming down,” said Pirro.

During an opening segment of her own show last month (https://tinyurl.com/y9dtje9a), the “Justice with Judge Jeanine” host called the Hillary Clinton probe “rigged” and “as dirty as it gets.”

“And for all those naysayers who say this is nothing more than a deflection from the Mueller investigation, I got a tip for you, keep your mouths shut. This is as dirty as it gets,” she tweeted. 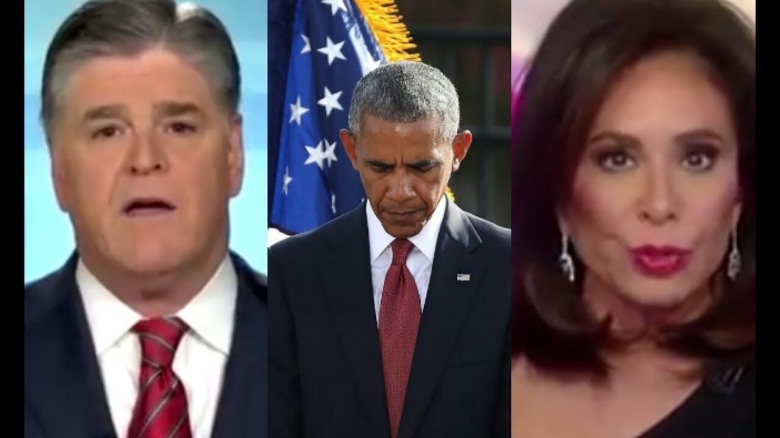