A referral letter written by Sen. Charles Grassley and Sen. Lindsey Graham made available to the public this week provides evidence that the Justice Department and FBI were conducting FISA court-approved electronic surveillance of President Trump while inside the White House through at least June 2017.

Key points of the document, found on page 4, reads as follows:

“In defending Mr. Steele’s credibility to the FISC [Foreign Intelligence Surveillance Court], the FBI had posited an innocuous explanation for the September 23 [Yahoo News] article, based on the assumption that Mr. Steele had told the FBI the truth about his press contacts.  The FBI then vouched for him twice more, using the same rationale in subsequent renewal applications filed with the Foreign Intelligence Surveillance Court in April and June 2017.”

THE DOCUMENT IN ITS ENTIRETY CAN BE READ BY CLICKING THE LINK BELOW: 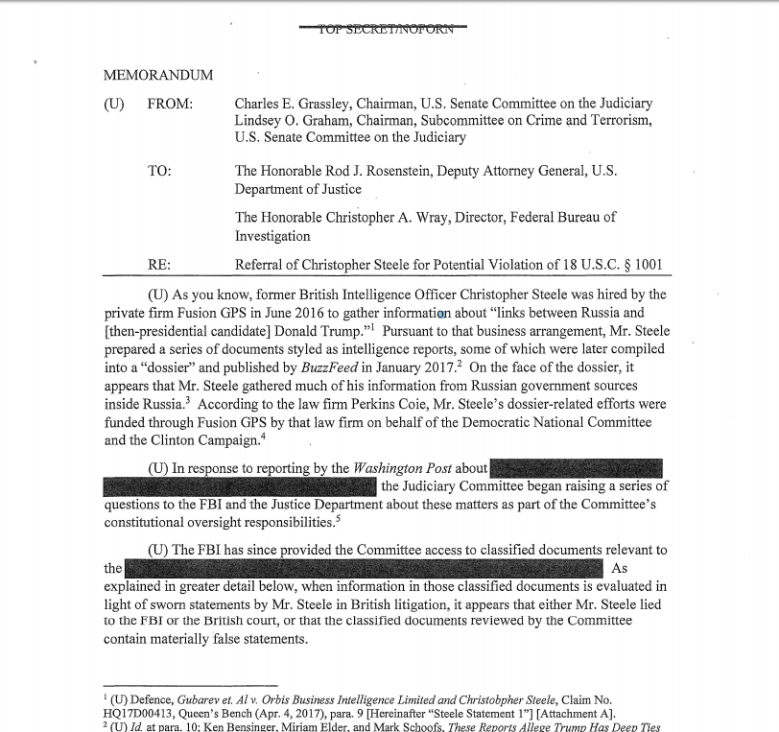