LANSING, MI — A former USA Gymnastics team doctor who admitted to sexually abusing seven gymnasts who were under his care received the tongue lashing of his life Wednesday, courtesy of a no-nonsense judge.

Appearing before Judge Rosemarie Aquilina in Ingham County Circuit, Larry Nassar was sentenced to 40 to 175 years in prison, but not before getting a dress down from the judge, who fumed over the disgraced doctor’s victimization of his patients.

Prior to Nassar’s being sentenced, Michigan Assistant Attorney General Angela Povilaitis addressed the court with her final remarks.

“The breadth and ripple of this defendant’s abuse and destruction is infinite,” Povilaitis said. “Nassar used his prestige to gain [his victims’] trust and to exploit them, leaving many of the emotionally shattered by a man they not only trusted but loved. In competitive gymnastics, he found the perfect place for his master manipulation.”

The prosecutor’s comments clearly worked, as Aquilina seemingly took great pleasure in handing down her order.

“It is my honor to sentence you because, sir, you do not deserve to walk outside of a prison ever again,” Aquilina told Nassar. “Anywhere you walk, destruction would occur to those most vulnerable.”

“I just signed your death warrant,” she added.

Officials from the Michigan State University, USA Gymnastics, and the U.S. Olympic Committee allegedly knew about Nassar’s abuse but did nothing to stop it. Many of these same officials are now named as co-defendants in civil suits which will soon be headed to trial

“Adult after adult protected you,” Olympic medalists Aly Raisman, one of Nassar’s victims, said last week when she appeared in court. “How do you sleep at night? You are the person they had ‘take the lead on athlete care.’ I cringe to think your influence remains in the policies they [USA Gymnastics] claim will make athletes safe.”

“I will not rest until every last trace of the influence you had on this sport has been destroyed like the cancer it is,” Raisman added.

Brooke Hylek, another gymnast and childhood victim of Nassar, appeared in court to share her story.

“I cannot believe I ever trusted you, and I will never forgive you,” Hylek said Tuesday. “I’m happy you will be spending the rest of your life in prison. Enjoy hell by the way.”

During the seven-day sentencing hearing, the judge allowed anyone who claimed to be a victim of childhood sex abuse at the hands of Nassar to address the court through victim impact statements.

Nassar is now serving a 60-year sentence on child pornography charges. Next week, he is scheduled to appear in an Eaton County, Michigan court for sentencing on additional sexual assault convictions. 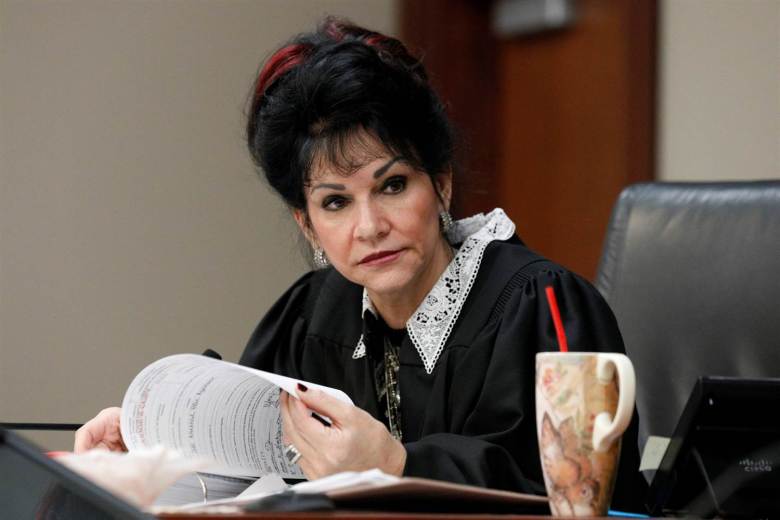