WASHINGTON, D.C. — On the orders of Attorney General Jeff Sessions, Justice Department prosecutors have begun probing FBI agents about a past Clinton deal which resulted into 20 percent of America’s uranium mining capacity landing in the hands of the Russian government.

The investigation surrounds a 2010 transaction in which the Obama Administration allowed the sale of U.S. uranium mining facilities to Russia’s state atomic energy company. Hillary Clinton, who served as Secretary of State at the time, approved the deal, saying she found doing so no threat to national security.

Renewed interest in the transaction, known as the Uranium One deal, threatens to land Bill and Hillary Clinton, whose foundation and personal fortune was enriched by the sale, in legal trouble if it is found that the sale violated national security.

According to a report by the Nuclear Regulatory Commission, at the time of the sale, Uranium One’s two licensed mining operations in Wyoming amounted to about 20 percent of all uranium mining production capacity in the U.S.

Sen John Barrasso, a Republican from Wyoming, was vocal at the time in his condemnation of the sale, saying the transaction would “give the Russian government control over a sizable portion of America’s uranium production capacity.”

Renewed interest in the Uranium One issue came about as a result of the ongoing investigation by the Justice Department to determine whether or not members of the Trump or Clinton campaigns colluded with Russia to sway the results of the 2016 presidential election.

In a statement, a spokesman for Hillary Clinton refused to say whether or not the failed Democratic presidential candidate was ever briefed on the Uranium One deal.

“At every turn this storyline has been debunked on the merits,” said spokesman Nick Merrill. “This latest iteration is simply more of the right doing Trump’s bidding for him to distract from his own Russia problems, which are real and a grave threat to our national security.”

President Donald Trump has been outspoken in calls for a formal investigation into the matter, calling the transaction a clear-cut case of corruption.

“Uranium deal to Russia, with Clinton help and Obama Administration knowledge, is the biggest story that Fake Media doesn’t want to follow!” the president tweeted in October.

Calls for statement to a Bill Clinton spokesperson resulted in, “no comment”. 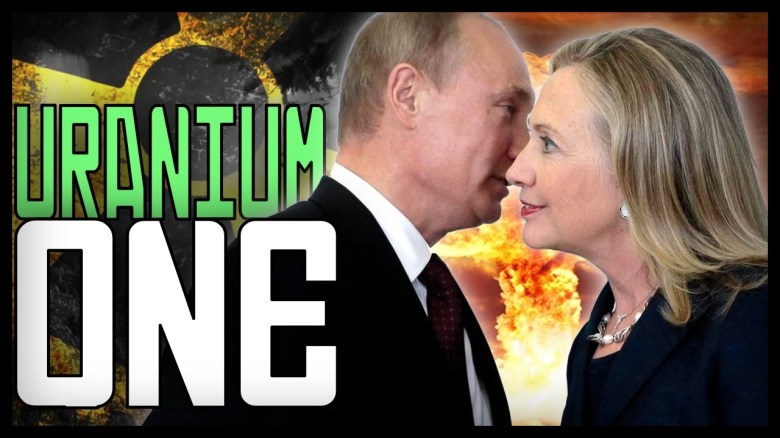