MAYNARDVILLE, TN — In an age of online bullying, a young Tennessee boy has managed to turn the tide.

Shortly after picking her middle schooler up from school on Friday, Keaton Jones’ mother, Kimberly Jones, uploaded a video to her Facebook page documenting the bullying her son had been being subjected to.

In the video (https://twitter.com/Everything_TN/status/939599024994373637), the boy can be seen detailing, through tears, the torment he had been facing at the hands of several of his classmates.

“Just out of curiosity, why do they bully?” Keaton asks after telling his mother that some of the kids had poured milk on him, told him he had no friends and made fun of the way he looks. “What’s the point of it? Why do they find joy in taking innocent people and find a way to be mean to them? It’s not OK.”

Keaton, who attends Horace Maynard Middle School, goes on to say that it hurts him that other kids bully him, but hurts him more to see other kids subjected to the same fate.

“People that are different don’t need to be criticized about it. It’s not their fault,” he said. “But if you are made fun of, don’t let it bother you. They suck I guess. Hard. But it will probably get better one day,” the boy said before turning away from the camera and dissolving into tears.

Keaton’s mother, who says the boy was born with a brain tumor, documented another incident on her social media page in which the boy was mocked for the scars left behind by the surgery he had undergone to remove the tumor.

Within hours of the video being uploaded, the boy’s story went viral, with celebrities ranging from sports heroes to Donald Trump, Jr. reaching out to share their support.

“Dear Keaton Jones, hopefully you see this. Your an amazing soul my man, never let ANYONE tell you otherwise! Keep your head up & chest out. Your a solider, always remember that,” tweeted DeAndre Washington, running back for the Oakland Raiders.

“We going to the middle school next Tuesday show young Man some love we will also TWITTER LIVE some of it so everyone can show there love and support #vols #StopBullying,” tweeted University of Tennessee’s Tyler Byrd.

“Meet Keaton Jones a very smart little boy who is being bullied at school. This video is heartbreaking!! I want to bring Keaton to Vegas and hang out at UFC Headquarters. If anyone knows how i can reach the family please let me know. Thank u everyone,” tweeted UFC champion fighter Dana White.

In response to White’s video, Donald Trump, Jr., who was also touched by the boy’s story, offered to open his home to the Jones family.

“This boy is incredibly brave and the video really got to me. @danawhite, If he takes you up on your offer to see UFC Headquarters, I would be honored to host him and his family at our place if they need somewhere to stay,” Trump tweeted.

The boy’s school, who claimed that they were “unaware” of the bullying the boy had endured up until now, has refused further comment, claiming the the situations is “under investigation”.

“I’m guessing the principal will be verrrrrrry aware of the situation once Tennessee Football players start showing up this week,” New York Times columnist Jamie O’Grady tweeted in response to the school’s comments.

Fox News’ Sean Hannity took the matter a step further, saying that he would do whatever it took to ensure that the school is held accountable for the bullying that the boy had endured.

“If someone can get to me the name of the school, the principal, school board members i will gladly make the calls myself and fix this. Also if anyone knows Keaton and his parents, i will gladly fly them to NYC to be my guest & visit Fox News”, Hannity tweeted.

Kimberly Jones, who says she is overwhelmed by the love and concern shown for her son, says she never dreamed that Keaton’s story would impact the number of people that it has.

According to StopBullying.gov., 1 in 3 U.S. students say they have been bullied at school. Young people who are perceived as “different” from their peers are often at the highest risk of being bullied. (https://www.stopbullying.gov/media/facts/index.html).

Melania Trump declared ending cyber-bullying as one of her top priorities when it comes to her duties as First Lady. “No child should ever feel hungry, stalked, frightened, terrorized, bullied, isolated or afraid, with nowhere to turn,” she said in a speech to the United Nations last September.

“We must teach each child the values of empathy and communication that are at the core of the kindness, mindfulness, integrity, and leadership which can only be taught by example.”

“By our own example we must teach children to be good stewards of the world they will inherit.

“We must remember that they are watching and listening so we must never miss an opportunity to teach life’s many ethical lessons along the way.” 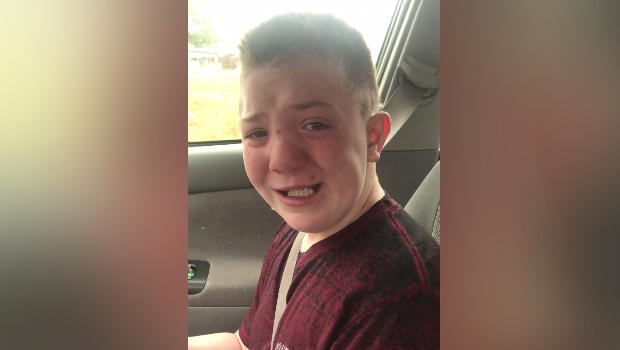