The self-declared “devil in the flesh”, who was serving a life sentence for ordering murders of a least 7 people in the summer of 1969, died of natural causes, according to a statement issued by the California Department of Corrections late Sunday night.

Manson, the leader of a murderous cult which referred to itself as “the Manson family” died at 8:13 p.m. PST at a hospital in Kern County, said a spokesperson for the state Department of Corrections.

The charismatic and unapologetic Manson, born to a single teenage mother who once reportedly tried to sell him for a pitcher of beer, was denied parole 12 times for his role in the horrific slayings of actress Sharon Tate, who was 8 1/2 months pregnant at the time of her murder, hairstylist Jay Sebring, heiress Abigail Folger, writer Wojciech Frykowski, teenager Steven Parent, and business owners Leno and Rosemary LaBianca. All of the victims were stabbed to death.

Although prosecutors at the time admitted that Manson, himself, did not commit the actual murders, he was charged and convicted as the mastermind behind the slayings.

“He was the dictatorial ruler of the (Manson) family, the king, the Maharaja. And the members of the family were slavishly obedient to him,” former L.A. County prosecutor Vincent Bugliosi told CNN in 2015.

According to Bugliosi, Manson’s motive for carrying out the horrific killings was to create a sort of race war, an ideat which he believed was being communicated to him through the Beatles song “Helter Skelter”.

The murders occurred over the course of two nights beginning on August 9, 1969, when a handful of Manson’s “family” entered Sharon Tate’s Hollywood Hills home. After murdering the actress, who the killers say repeatedly begged for the life of her unborn baby, the killers went on to murder everyone in Tate’s home. They left the scene after writing “pig” and “Helter Skelter” on the door with the victims’ blood.

The following evening, Manson, unsatisfied that the previous night’s carnage wasn’t “gruesome” enough, accompanied a handful of his cult members to the home of Leo and Rosemary LaBianca, where the wealthy couple was tied up and stabbed to death.
The words “rise” and “Helter Skelter” were also left written in blood on both the refrigerator door and couples’ front door.

After evading police for several weeks, Manson and his murdering followers — Susan Atkins, Patricia Krenwinkel, Leslie Van Houten, and Tex Watson, were captured after Atkins, who was being held in jail on an unrelated charge, bragged to a fellow inmate about Tate’s murders. Atkins, the inmate told police, said they did it “because we wanted to do a crime that would shock the world.”

In the years following Manson’s conviction, he became a sort of pop icon, with his face gracing everything from t-shirts to posters, worshiped by those who remained fascinated by the crimes.

Defiant until the day of his death, Manson, who spent most of his life in and out of prison and reform schools, never apologized for his role in the slayings, instead insisting that whatever he was, the prison system helped to create.

“My father is the jailhouse. My father is your system,” Manson once said. “I am only what you made me. I am only a reflection of you.” 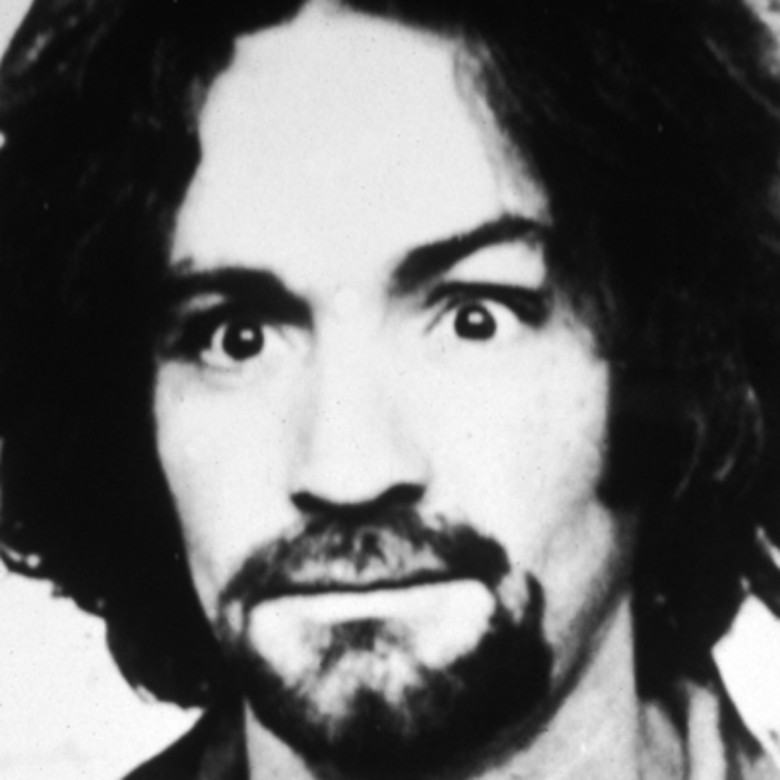