TOKYO, JAPAN — President Donald Trump stepped up his war of words against North Korea on Monday while speaking at a joint press conference with Japanese Prime Minister Shinzo Abe.

Speaking of the ongoing tensions with North Korean leader Kim Jong-un, Trump said the “era of strategic patience is over”.

The president made the comments as he tours Asia alongside wife, Melania Trump.

“Some people said that my rhetoric is very strong,” said Trump. “But look at what’s happened with very weak rhetoric over the last 25 years. Look where we are now.”

Prime Minister Abe said he and President Trump are in “complete agreement” on the need to step up efforts against North Korea and pledged to help the United States do whatever is necessary to curb Jong-un’s nuclear ambitions.

“We were in complete agreement as to the measures to be taken on the situation with North Korea,” Abe said, adding that he agrees with President Trump’s assertion that “all options” should remain on the table when it comes to dealing with Jong-un.

“For more than 20 some years, the international community attempted dialogue with North Korea,” Abe said. “Now is the time not for dialogue but for applying a maximum level of pressure on North Korea.”

On Tuesday, President Trump will head to South Korea, where he is expected to meet with South Korean government officials on the growing escalations regarding their neighbors to the north.

When asked by “Full Measure” in an interview that aired Sunday whether or not he would be willing to meet face to face with Jong-un, Trump said he would (http://fullmeasure.news/news/terrorism-security/president-trump-on-security).

“I would sit with anybody I feel. I don’t think it’s strength or weakness. I think sitting down with people is not a bad thing,” he said. 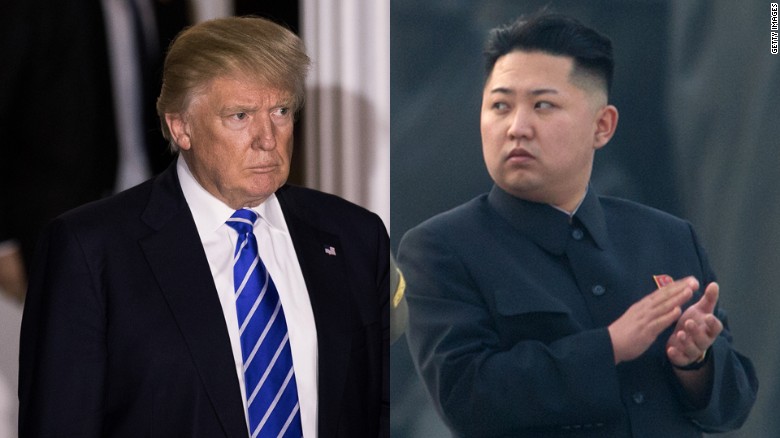