Paddock, 58, was found arrested at an assisted-living facility, where he was awaiting surgery for spinal stenosis.

A spokesperson for the Los Angeles police department confirmed that a man fitting Paddock’s description was taken into custody in the 5300 block of Laurel Canyon Boulevard on suspicion of crimes related to child pornography.

A felony complaint filed against Paddock on Tuesday in Los Angeles County Superior Court said he had over 600 sexually explicit images of children on his personal computer and that he had also traded sexual images of children with others online.

Paddock faces 19 counts of sexual exploitation of a child and one count of possession of child pornography, according to the complaint.

Police sources say law enforcement officials were tipped off to Paddock’s online activities prior to the mass killing in Las Vegas.

After the shooting on Oct. 1 which left 58 dead and hundreds more wounded, Bruce Paddock told NBC News that he had not spoken to his brother Stephen for over 10 years and said he had no idea what would have driven him to open fire on music festival attendees from his room at the Mandalay Bay.

“I don’t know how he could stoop to this low point, hurting someone else. It wasn’t suicide by cop since he killed himself,” he said at the time (https://www.nbcnews.com/storyline/las-vegas-shooting/stephen-paddock-las-vegas-shooting-suspect-identified-n806471). “He killed a bunch of people and then killed himself so he didn’t have to face whatever it was.”

Paddock also told NBC that he had been “grilled” by the FBI in regard to what he may have or may not have known on more than one occasion.

“They were just asking about our childhood, what schools we went to, who his friends were, all the stuff we did,” he said.

On Wednesday, Sandra Breault, a spokeswoman for the FBI bureau in Las Vegas, refused to say whether Bruce Paddock’s arrest was tied to the agency’s investigation into the concert shooting.

“We have no comment at this time,” said Breault. 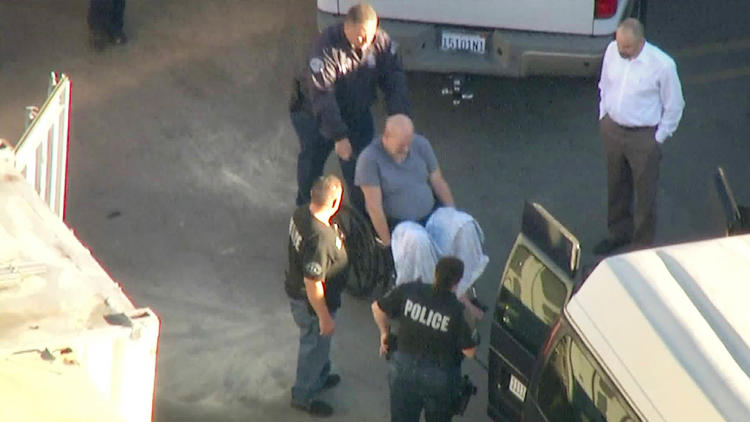