In a newly released report by the department’s counterterrorism division (https://assets.documentcloud.org/documents/4067711/BIE-Redacted.pdf) FBI officials call out “black identity extremists” who they say are targeting law enforcement and other government groups with violence.

“The FBI judges it is very likely BIE perceptions of police brutality against African
Americans have become organizing drivers for the BIE movement since 2014, resulting in a spike of BIEs intentionally targeting law enforcement with violence,” the report states. “In all six targeted attacks since 2014, the FBI assesses it is very likely the BIE suspects acted in retaliation for perceived past police brutality incidents.”

“The FBI assesses it is very likely a few of the BIEs who have targeted law
enforcement since 2014 were influenced by more than one ideological perspective” the report continues.

Black activist groups were quick to respond to the report, which they claim is proof of racial profiling.

“We knew that we were likely being watched,” DeRay Mckesson of Black Lives Matter told The Guardian (https://www.theguardian.com/us-news/2017/oct/06/fbi-black-identity-extremists-racial-profiling). This is confirmation that the work of social justice continues to threaten those in power.”

But experts in the fields of social trends say the FBI is right in calling out the threat to law enforcement.

“We have to be able to distinguish between free speech and violence,” Walter said.
“[Many] longtime [black] activist groups were not obsessed with violence.” 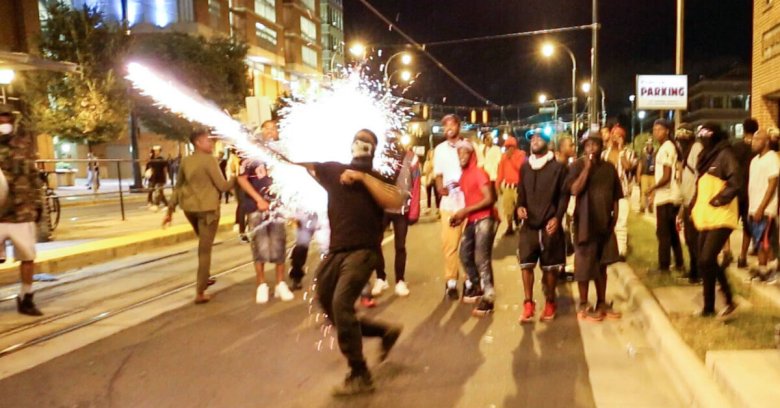