WASHINGTON, D.C. — Filmmaker and left-wing activist Michael Moore is calling for the “repeal and replacement” of the “ancient and outdated” Second Amendment.

In a lengthy Facebook post in response to Sunday’s Las Vegas shooting in which 59 people were killed and hundreds more were wounded (https://www.facebook.com/mmflint/posts/10154778028796857), the producer of documentary films “Fahrenheit 9/11” and “Bowling for Columbine” said the constitutional amendment which protects the right to bear arms must be repealed because it was created “before bullets and revolvers were even invented”.

“This is the sane approach that meets everyone’s needs – everyone, that is, except those of the serial killer, the mass murderer, the violent ex-husband, the disgruntled employee or the disturbed and bullied teenager,” the outspoken Democrat wrote. Calling gun violence a “daily tragedy,” Moore said the time to act is now. “This can come to an end with the repeal of the 2nd Amendment and replacing it with the 28th Amendment,” he said.

A “28th Amendment,” Moore continued, would demand that “the primary right of all people to be free from gun violence … shall not be infringed.”

“As over 90% of gun violence is committed by men, in order for a man to purchase a gun, he must first get a waiver from his current wife, plus his most recent ex-wife, or any woman with whom he is currently in a relationship (if he’s gay, he must get the waiver from his male spouse/partner),” he added.

“We will never eliminate all murder; that’s been with us since Cain killed Abel. But we CAN join the community of enlightened nations where gun violence is that rare occurrence — as opposed to the daily tragedy we now suffer here in the United States of America,” Moore insisted in this most recent appeal.

“We can start with the upcoming midterm election. Let every candidate know: If you take NRA money, we will remove you from office. Then do it,” Moore concluded.

Democrat leaders have also seized on the opportunity to reignite the gun control debate in the wake of the Las Vegas shooting.

“How many more dead bodies will it take to wake up this Congress?” Rep. John Lewis, D-Ga said to a group of reporters Wednesday on the steps of the U.S. Capitol. “This must stop, and it must stop now. We were elected to lead.”

Republicans, however, say Democrats are simply capitalizing on the deaths of innocent victims to push their anti-gun agenda.

“I think it’s particularly inappropriate to politicize an event like this,” Senate Majority Leader Mitch McConnell, R-Ky., said Tuesday. “The investigation’s not even been completed.” 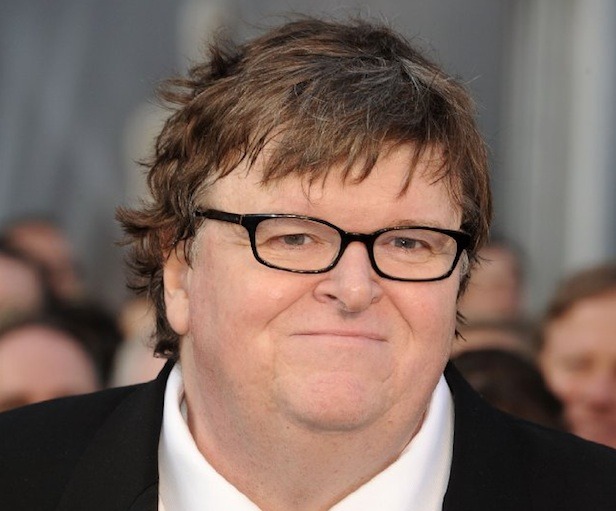