Just weeks after ABC cancelled the show from it’s weekly lineup despite high ratings, conservative leaning network CMT announced they are in talks to save the show from fading into television history.

As reported by Breitbart (http://www.breitbart.com/big-hollywood/2017/06/14/report-cmt-early-talks-revive-last-man-standing/) sources close to the negotiations say the network is interested in doing for “Standing “what it did for “Nashville,” which was also canceled by ABC in May 2016 and picked up by CMT a month later.

Although ABC’s official statement is that standing was cancelled due to scheduling conflicts, insiders at the network reported that network executives were less than pleased with star Tim Allen’s public support of Republican president Donald Trump.

Allen, who had publicly praised the 45th president just weeks before getting notice that his show had been axed, was shocked at the network’s decision to cancel the show, particularly since a new season full of episodes had recently been ordered by ABC.

“Stunned and blindsided by the network I called home for the last six years,” Allen tweeted shortly after ABC made the official announcement.

The network faced intense backlash over it’s decision to cancel “Standing,” particularly from Conservatives who accused the network of playing politics.

Howard Kurtzman, president of 20th Century Fox Television, the company who produces the show, says finding a new home for “Standing” has been a top priority since ABC dropped the fan favorite from it’s lineup.

“If there’s a way to bring it back, we will explore those opportunities,” Kurtzman told The Hollywood Reporter in May (http://www.hollywoodreporter.com/live-feed/last-man-standing-tim-allen-may-be-revived-at-cmt-1013686). 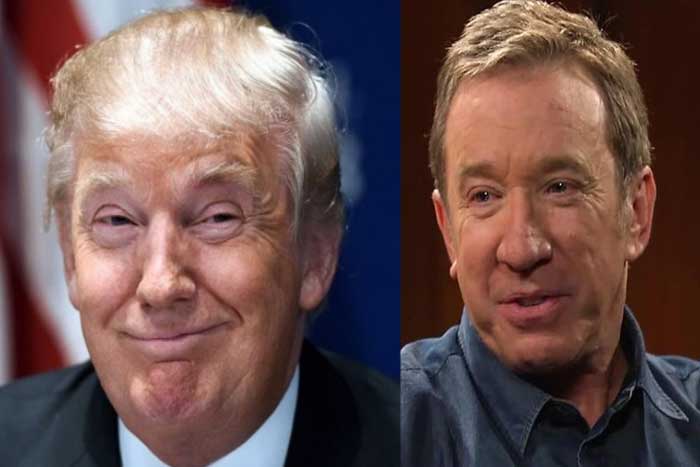