By a 10-3 margin, the Fourth Circuit Court of Appeals on Thursday refused to reinstate the president’s executive order which would have issued a temporary block on immigrants coming to America from six Muslim-majority countries: Iran, Syria, Yemen, Somalia, Libya and Sudan.

The executive order was first issued on Jan. 27, a week into Trump’s presidency. Less than two weeks later, the United States Court of Appeals for the Ninth Circuit, based in San Francisco, ruled the ban unconstitutional and issued it’s own order to block it.

The president quickly appealed and revised the original order,
omitting Iraq, which had been listed on the original order, removed a complete ban on Syrian refugees and deleted direct references to religion, but the Fourth Circuit ultimately found the amended order unconstitutional as well (https://www.aclu.org/sites/default/files/field_document/irap_-_opinion.pdf).

“We remain unconvinced [the ban] has more to do with national security than it does with effectuating the President’s promised Muslim ban,” the court stated in it’s ruling.

Writing for the majority, Chief Judge Roger Gregory wrote the president’s order, “speaks with vague words of national security, but in context drips with religious intolerance, animus, and discrimination.”

“Congress granted the president broad power to deny entry to aliens, but that power is not absolute. It cannot go unchecked when, as here, the president wields it through an executive edict that stands to cause irreparable harm to individuals across this nation,” the order continued.

However, Judge Paul Niemeyer, one of the three judges voting to overturn the Ninth Circuit court’s ruling, sharply dissented from the decision, warning that failure to allow Trump’s executive order to stand may put Americans in unnecessary danger.

Judge Dennis Shedd, another of the judges who voted to allow the president’s executive order to stand, concurred with Neimeyer’s warning.

“Regrettably, at the end of the day, the real losers in this case are the millions of individual Americans whose security is threatened on a daily basis by those who seek to do us harm,” Shedd wrote in his dissent.

The American Civil Liberties Union and the National Immigration Law Center, who brought the 4th Circuit case against the travel ban, have claimed victory.

“President Trump’s Muslim ban violates the Constitution, as this decision strongly reaffirms,” said Omar Jadwat, director of the ACLU’s Immigrants’ Rights Project, of the court’s ruling. “The Constitution’s prohibition on actions disfavoring or condemning any religion is a fundamental protection for all of us, and we can all be glad that the court today rejected the government’s request to set that principle aside.”

When reached for comment, a White House spokesperson said he expects the president to take the matter to the U.S. Supreme Court, if necessary. “One way or another, we’ll get it done,” he said. “We made a promise to the American people and we intend to keep it.” 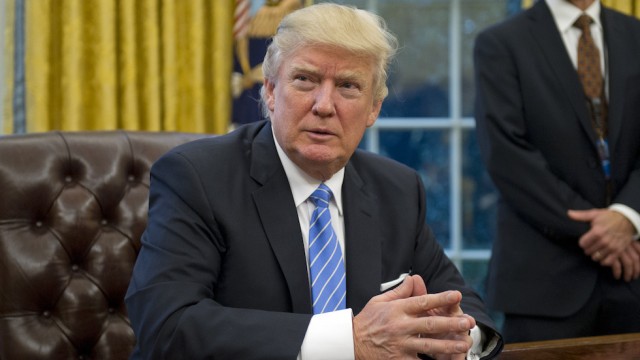