WASHINGTON, D.C. — Rod Wheeler, a retired Washington homicide detective hired to investigate the still unsolved murder of DNC staffer Seth Rich, has come forward with allegations that Rich may have been the source who leaked a wealth of DNC documents to Wikileaks just months before last November’s election.

Rich, who was employed as the Voter Expansion Data Director for the Democrat National Committee, was found murdered in the Bloomingdale neighborhood of Washington, D.C. on July 10, 2016. Although police officials called the murder the probable result of a robbery gone bad, Rich’s personal items including wallet, credit cards, watch and cell phone were never stolen.

Since Rich’s murder, speculation has run rampant that his death may have been tied to the leaked documents, which many blame for the downfall of the campaign of then Democratic presidential candidate Hillary Clinton.

Now, just two months shy of the one-year anniversary of Rich’s death, revelations by Wheeler, who says he believes that there has been a massive cover up into the DNC staffer’s murder, may just prove that speculation correct.

When asked if Wheeler’s sources have told him there is information that links Rich to Wikileaks, Wheeler replied, “Absolutely. Yeah. That’s confirmed.”

“I have a source inside the police department that has looked at me straight in the eye and said, ‘Rod, we were told to stand down on this case and I can’t share any information with you,’” Wheeler continued. “Now, that is highly unusual for a murder investigation, especially from a police department. Again, I don’t think it comes from the chief’s office, but I do believe there is a correlation between the mayor’s office and the DNC and that is the information that will come out [Tuesday].”

According to a federal source close to the investigation, An FBI forensic report of Rich’s computer — generated within 96 hours after the polling expert’s murder — showed the staffer made contact with WikiLeaks through Gavin MacFadyen, a now-deceased American investigative reporter, documentary filmmaker, and agent of WikiLeaks who was living in London at the time.

“I have seen and read the emails between Seth Rich and WikiLeaks,” the source confirmed.

On July 22, just 12 days after Rich’s murder, WikiLeaks published internal DNC emails that appeared to show that lead party officials had conspired to stop Sen. Bernie Sanders of Vermont from becoming the party’s presidential nominee. The fall out from the controversy resulted in Debbie Wasserman Schultz resigning as DNC chairperson.

Later in the campaign, a series of more sinister emails released by Wikileaks revealed a series of bizarre, cult like activities partaken in by some of the DNC’s highest ranking members including the attendance of so called “spirit cooking” dinners where guests were urged to bring human urine, blood and breast milk to the event. The emails were a devastating and humiliating blow to the Hillary Clinton campaign and Clinton, herself, blamed the emails in part for her presidential loss.

The federal source says the emails are now in possession of the FBI, but that the investigation into Rich’s death is being “stalled” by the Washington Police Department.

In response to Wheeler’s comments, a spokesperson for Rich’s family has come forward with denials that the slain DNC staffer was the source behind the leak. Brad Bauman, who says that Wheeler is not authorized to speak for the Rich family, called Wheeler’s allegations “unsubstantiated.”

Calls for statement to a DNC spokesperson resulted in “no comment”. 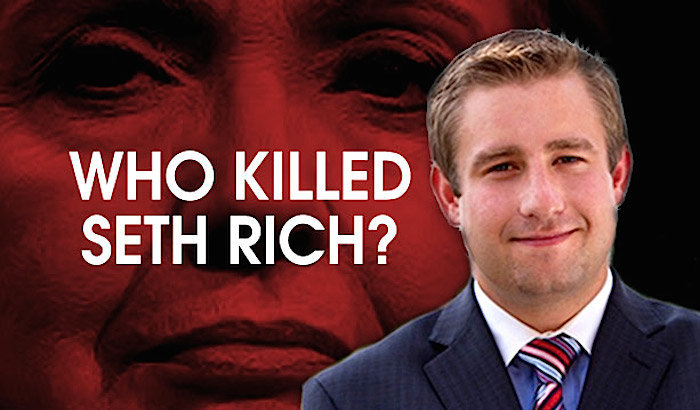