NEW YORK, N.Y. — Sean Hannity, host of the Fox News’ which bares his name, has come out swinging against an accuser who claims the conservative commentator sexually harassed her.

Debbie Schlussel, an attorney, author and political commentator who had once appeared on Hannity’s show, said on Friday that the married anchor invited her to accompany him back to his hotel suite after the two met up at a book signing in Detroit. Schlussel claims and that after she turned down the married Hannity’s advances, he became angry and she no longer invited to appear on his show.

“He had some event at a bookstore where he signed his book for people standing in line. He asked me to come meet him at this book signing,” Schlussel told radio host Pat Campbell Friday during an interview on Friday (http://www.nydailynews.com/entertainment/tv/ex-fox-news-guest-accuses-sean-hannity-sexual-harassment-article-1.3093058). “So I met him there and it was very awkward. He had me stand up there with him while he signed books and I felt very weird. These people don’t know me and they didn’t come for me to sign their books. So then I left to get ready for the show and he said, ‘Why don’t you come back with me to my hotel?’ and I said, ‘No, I have to get ready for the show.’”

Schlussel said Hannity propositioned her yet again some time later after one of his shows and claimed that after turning him down a second time, Hannity became belligerent.

“After that, I wasn’t booked on his show again,” Schlussel said. “And he called me and yelled at me. I got a very weird feeling about the whole thing and I kind of knew I wouldn’t be back on his show.”

Hannity has been quick to respond to Schlussel’s allegations, claiming the accusations toward him are the result of a witch hunt.

“LET ME BE CLEAR THE COMMENTS ABOUT ME ON A RADIO SHOW THIS WEEK by this individual ARE 100 percent false and a complete fabrication,” Hannity said in a released statement. “This individual is a serial harasser who has been lying about me for well over a decade. The individual has a history of making provably false statements against me in an effort to slander, smear and besmirch my reputation,” the statement reads.

“The individual has not just slandered me over the years but many people who this individual disagrees with. This individual desperately seeks attention by any means necessary, including making unfounded personal attacks and using indefensible and outrageous political rhetoric.

“My patience with this individual is over,” he continued.

Hannity ended the statement with the assertion that he’s “retained a team of some of the finest and toughest lawyers in the country” and plans to sue Schlussel for her “slander and lies.”

The allegations against Hannity come just days after Fox News announced that it was severing ties with “O’Reilly Factor” host Bill O’Reilly after O’Reilly was accused by several women of sexual harassment. O’Reilly, a veteran of over 20 years on the network, was cut from the evening lineup immediately, without the benefit of a final show.

On Twitter on Monday, Hannity referenced the firing of O’Reilly as a “coordinated effort afoot to now silence those with conservative views,” within the Fox News network and speculated that it may be time for conservatives on the network to consider creating their own channel.

In response to Hannity’s threats of legal action against her, Schlussel issued a statement on Monday claiming that her words were “misconstrued”.

In a statement to LawNewz.com, Schlussel said she does not think her encounter, which happened in the early 2000s, could technically be considered sexual harassment. 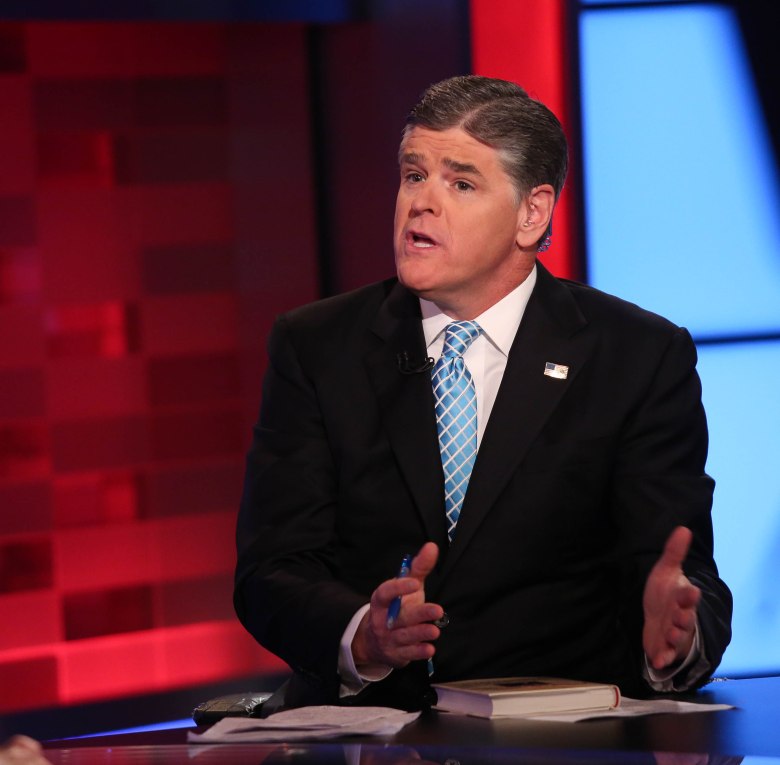