WASHINGTON, D.C. – President Donald Trump ordered the drop of the largest non-nuclear bomb in the U.S. military’s arsenal on Thursday in response to the death of a U.S. Marine.

The The MOAB — Massive Ordinance Air Blast — also known as the “Mother of All Bombs” was dropped on an ISIS tunnel complex in Nangarhar Province after a Green Beret was killed fighting ISIS there, a U.S. defense official has confirmed.

“The strike was designed to minimize the risk to Afghan and U.S. Forces conducting clearing operations in the area while maximizing the destruction of ISIS-K fighters and facilities,” the Pentagon said in a statement, referencing the term for the Islamic State’s Afghanistan branch.

In a statement from the White House, press secretary Sean Spicer said the strike targeted a “system of tunnels and caves that ISIS fighters used to move around freely.” Spicer added that the U.S. “took all precautions necessary” to minimize civilian casualties.

Gen. John Nicholson, commander of US forces in Afghanistan, signed off on the use of the bomb at Trump’s direction, according to the sources.

Trump, during his presidential campaign, had famously vowed to “bomb the sh-t” out of ISIS if elected. 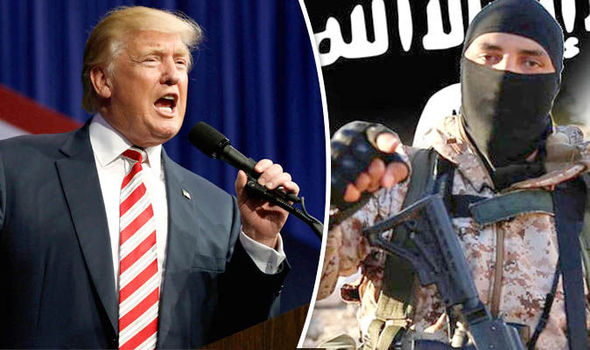